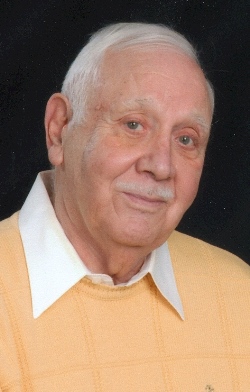 Virgil Mario Teti, 77, of Holland Point, MD passed away May 5, 2014 at Calvert Memorial Hospital in Prince Frederick, Maryland. He was born September 28, 1936 in New Britain, CT to Nicholas M. and Angeline A. Teti (Costabile). Virgil was raised in Washington, D.C. and attended Shepherd Elementary; Paul Junior High; and Calvin Coolidge High School, graduating in 1954. He joined the Navy shortly after high school serving aboard the aircraft carrier, Lake Champlain; worked for the D.C. government; and graduated from Ben Franklin University. He married Nina Mary Bruno in 1959 and recently celebrated their 55-year wedding anniversary on April 4th. They have five children, 14 grandchildren, and 2 great grandchildren.
Virgil’s dream to rebuild his parent’s cottage on the Chesapeake Bay was realized and for the past three years have resided in their newly built beach house; beginning new family memories for a new-generation. Prior to retirement in the waterfront home, they raised their family in a newly developed community of Calverton in Silver Spring, Maryland for 44 years. Virgil’s profession was in the homebuilding industry for more than 25 years, starting as an accountant for a local builder and retiring as the Corporate Treasurer for the Mitchell and Best Company, developers of high-end homes in the Potomac and Bethesda areas. Virgil and Nina also owned a Hallmark gift store for several years in the Calverton community.
Virgil enjoyed relaxing on his front porch overlooking the bay and fishing from his pier. He delighted having his family visit to take advantage of the water with crabbing, jet skis’, boating, tubing, and swimming. Virgil will be remembered for his love of his Italian heritage and family. He joyfully immersed himself in Circolo Nicolosi Etneo Italian Club started by his father-in-law for almost 30 years. For over 20 years, he was an avid duck pin bowler on the “Fly Backs” bowling team. His special bond with Uncle Phil, his mother’s brother, signified his devotion of family. They communicated regularly via Skype about modern technology, genealogy, and Italy until his death this past September at the age of 94. His Uncle Phil was a father figure to Virgil for many years.
Virgil loved us all dearly. He will be remembered as a direct and strong-willed; husband, dad, and friend. He always kept the memories of the past; present and instilled the importance of tradition in his children. He liked to challenge his mind by keeping current with computer applications and devices; tinkering with gadgets and clock repair acquired by his father’s profession. Pop Pop was always interested in his grandchildren’s activities and proud of their accomplishments.
He was the beloved husband of Nina M. Teti; loving son of the late Nicholas and Angeline Teti; devoted father of Catherine (Randy) Roach, Nicholas (Julia) Teti, Anthony (Deborah) Teti, John (Melisa) Teti, and Angela (Christopher) Ayers; cherished brother of Frank (Eleanor) Teti; brother-in-law of Anthony (Tina) Bruno, Mary (Tom) Roszkowski, and Christina (John) Koroulakis. Loving grandfather of Christopher (fiancé’ Lauren), Rachel, Kelsea, Nina, Stephen, Micaela, Nicholas, Mary and Marisa; Dakota, Aaron, Megan, Romeo, Matthew (fiancé’ Jessi) and Morgan. Virgil is survived by many nieces and nephews.