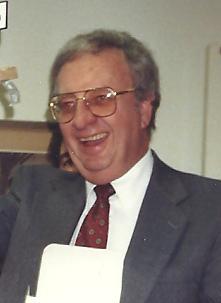 Vincent Patrick Lavery, Sr., 78, of Chesapeake Beach, MD passed away July 1, 2012 at Calvert County Nursing Center, Prince Frederick, MD. He was born May 27, 1934 in West Leisenring, PA to John D. and Helen Marie (Graham) Lavery. He was raised in Pennsylvania and graduated from North Union High School, class of 1952. Vince attended the University of Maryland for several years. He enlisted in the Air Force in 1954, serving until February 1962. While in the Air Force, Vince was stationed in France as a chaplain’s assistant. He married Dorothy A. Fudella on January 30, 1960 and they resided in Washington, D.C., Newark, DE, Rockville and Largo, MD. He and Dorothy retired to The Villages in Florida in 1995 and then moved to the Highlands in Chesapeake Beach, MD in 2002. Vince worked for Singer Sewing Company for 16 years, and also worked for Acacia Mutual Life Insurance Company for 21 years, retiring as Assistant Vice President for the Client Relations Division. He was a member of the Camp Springs Elks Lodge 2332, a life member of the Lady Lake Elks Lodge 2793 in Lady Lake Florida, where he was also a founding member, and was also a life member of the VFW Post 8083 in Belleview, FL. In his leisure time, Vince was an avid golfer, enjoyed bowling and was a lifelong Redskins fan.
Vince was preceded in death by his parents and brothers John and Thomas Lavery. He is survived by his loving wife Dorothy A. Lavery; children Daniel Lavery of Manassas, VA, Michelle Duelley and husband Timothy of Chesapeake Beach, and Vincent Lavery, Jr. and wife Lisa of Warrenton, VA. Also surviving are three grandchildren, Christina and Michael Duelley of Chesapeake Beach, MD and Collin Lavery of Warrenton, VA; sisters-in-law Norma Jean Lavery of Morgantown, WV and Dora Jean Lavery of Uniontown, PA.; and many nieces and nephews.