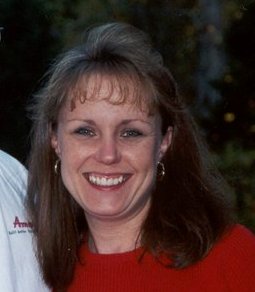 Vickie Lynn Crews-Anderson, 43, of Prince Frederick, Maryland passed away on June 17, 2013 in Prince Frederick, Maryland. She was born on January 30, 1970 in Takoma Park, Maryland to the late Robert H. Crews, Jr. and Sandra E. Crews. She is also predeceased by her two grandmothers, Grace Ketner and Christine Creech.
Vickie graduated from Laurel High School in 1988. She had a special talent with photography and enjoyed taking pictures. Vickie’s greatest love however was her two girls. She lived everyday for them, and was the most devoted “softball” Mom. She made every game and practice cheering them both on.
Vickie is survived by her husband, David E. Anderson, Lt. Montgomery County Fire and Rescue, of Prince Frederick, MD.; mother of Ashley G. and Amanda M. Anderson, both of Prince Frederick, MD. Daughter of Sandra E. Crews-Davis of Laurel, MD, sister of Robert S. Crews of Laurel, MD., Granddaughter of, Robert T. Ketner of Lusby, MD. She is also survived by numerous other relatives.
The family will receive friends on Friday June 21, 2013 from 9:30-11 AM at the First Baptist Church of Calvert County, German Chapel Road, Prince Frederick, Maryland where services will follow at 11 AM. Interment will follow in Chesapeake Highlands Memorial Gardens, Port Republic, Maryland.
Vickie’s bout with cancer began 7 years ago and during the last 7 years she has been an advocate for “Relay for Life” so in her honor her family has requested memorial contributions should be made to Relay for Life.