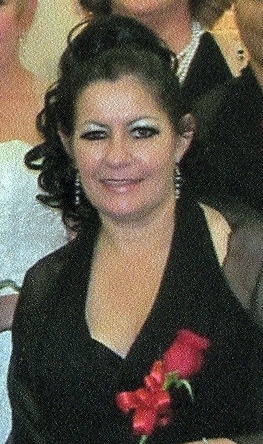 Veronica Marie Disney, 55, passed away July 5, 2017. She was born September 27, 1961 in Prince Frederick to Frank Paul and Marie Victoria (Ruiz) Iadarola. Veronica was raised in North Beach and graduated from Northern High School in 1980. Following high school, Veronica moved to Charleston, SC, where she attended college and got her degree in physical therapy. Veronica was employed with UPS for several years before going to work as a physical therapist at Calvert Memorial Hospital and Calvert County Nursing Center. She was a member of the Ladies of Charities at St. Anthony’s Catholic Church and the American Legion Post 206 Ladies Auxiliary in Chesapeake Beach. Veronica will be remembered as a smart and friendly person who never met a stranger. In her leisure time she enjoyed reading, sewing, trivia, shooting pool and makeup. She also enjoyed collecting MAD magazines and ink pens. Every time Veronica passed St. Anthony’s Church; she would bless herself with the sign of the cross. The family requests prayers to be offered for Veronica at St. Anthony’s Church in North Beach.

Veronica is survived by her sons Hunter Disney of Chesapeake Beach and Dallas Disney and wife Shannon of Prince Frederick, 3 grandchildren, sisters Sandra Iadarola and Victoria Curtin and husband Scott, brother Stephen Miles and wife Brenda, her former husband Gregory Disney and sister in law Joyce Ann Miles. She was preceded in death by her parents and brother Lawrence Miles.