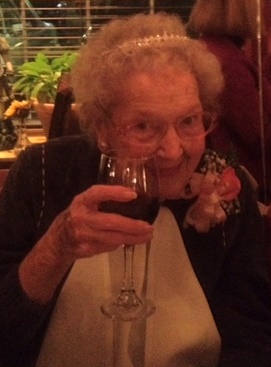 Born January 23, 1923 in Canon, TX, she was the daughter of the late Walter T. Beckman and Mary (Hartman) Beckman.

Ronnie is survived by her children, Robert Stanley (Jenny) of CO, Gerald Stanley of CO, Mary Ann McCoy of MD, Sharon Clark (Tom) of MD, and Linda Hearn(Gary) of PA; eight grandchildren; eight great-grandchildren; seven great-great grandchildren; and sisters, Viola Massie and Mary Ann Deck both of TX, plus her many nieces and nephews. She was preceded in death in November 1999 by her husband, John G. Stanley, Jr.; and her brothers, Walter “Kelly” Beckman and Louis Beckman.