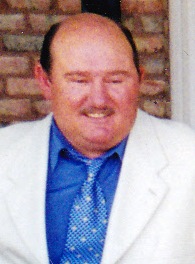 November 1, 2013 at his residence. He was born on April 3, 1952 in Washington, DC to the late Eugene Geary and Marie Frances Hunt. Tim graduated from Calvert Senior High in 1971. That same year, he joined the U.S. Army and served a tour of duty in Vietnam. After his military service Tim became a member of Steamfitters Union Local 602, finishing his career at the Bureau of Engraving and Printing for the Federal Government. Besides his family, Tim’s passion was fishing on the Chesapeake Bay.
Tim is survived by his loving wife of over 20 years, Teresa A. Hunt of Lusby, MD, children, Jason Hunt and his wife Becky of Solomons, MD, and Shannon Paschel and her husband Christopher of Port Republic, MD, siblings Gene Marie Redding of Hollywood, MD, Barbara Sheckells of LaPlata, MD, Christopher Hunt of Hughesville, MD, Patrick Hunt of Lexington Park, MD, and Shawn Hunt of North Beach, MD, and six grandchildren.
In lieu of flowers, the family asks that contributions be made to the Wounded Warriors Project in Tim’s name.
Tim’s family invites his friends to join us in a celebration of his life between the hours of 1:00 pm and 4:00 pm on Saturday, November 9, 2013 at his residence.