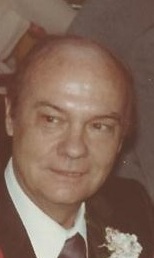 Thomas Winfield Tucker, known as Tommy or Winks, passed away April 4, 2012 at Anne Arundel Medical Center in Annapolis, MD. He was born September 7, 1924 in Fairhaven, MD to Thomas H. and Eva P. (Armiger) Tucker. He was raised in Friendship, attended the former Friendship School and graduated from Southern High School in Lothian with the class of 1942. Tommy worked on his family’s farm and later served in the US Army in Germany. Upon his discharge he began a career as a supply manager with the Prince George’s County Board of Education, retiring in 1984. He resided in Tracy’s Landing until moving to Upper Marlboro in 1990. He was a member of Cedar Grove U.M. Church in Deale, MD for over 60 years. He enjoyed sports and was a fan of the Maryland Terrapins and Washington Redskins. He loved horseracing and enjoyed dancing, going to social events and spending time with family and friends.