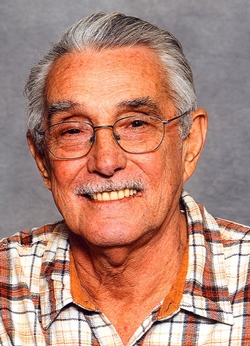 Thomas William Collinson, 74, of Shady Side passed away May 10, 2015 at University of MD Shock Trauma in Baltimore. He was born September 19, 1940 in Annapolis to George William and Anna Mae (Darnell) Collinson. Tommy was raised in Deale and attended Deale Elementary and Southern Junior and Senior High Schools in Lothian, graduating in 1958. Upon graduating, he enlisted in the United States Navy and served aboard the USS Maddox and received the Good Conduct Medal. He was honorably discharged in 1962 and completed his reserve obligation on November 5, 1964. He married Kaaren Rochelle Rhoads on November 4, 1960 in Long Beach, CA and they moved back to Shady Side after he was discharged. Tommy was employed by NASA as an engineering technician. After he retired from the Federal Government, he worked as a contractor for NASA for two years. He was a member of Cedar Grove United Methodist Church and the Stallings-Williams American Legion Post 206 in Chesapeake Beach. Tommy enjoyed golf, travel and spending time with his family, especially his grandchildren.

He was preceded in death by his wife, Kaaren. He is survived by daughters Debra L. Giacalone and husband Albert of Ft. Myers, FL, Dee A. Anderson of Shady Side and Tina M. Jones and husband Thomas of Shady Side, and a son Greg W. Collinson of Huntingtown. Also surviving are 11 grandchildren and 6 great-grandchildren.