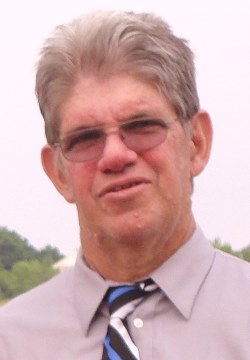 Thomas S. Gadow, 60, of Lusby passed away September 9, 2014 at Washington Adventist Hospital. He was born August 29, 1954 at Easton Hospital to Alfred Bertram and Ella (Saathoff) Gadow. Tom was primarily raised in Calvert County and graduated from Calvert High School. He held various jobs in the maintenance field, but primarily worked with his father, Al, when he owned and operated Southern Memorial Gardens in Dunkirk. He also worked at the Melwood Group Home. Tom married Esther Isenberg on August 30, 2008, and they resided in Lusby. He loved his dogs, and also enjoyed reading.

Tom was preceded in death by his parents and his wife, Esther on September 11, 2010. He is survived by a brother Bill Gadow of Canton, OH, and sisters Dianne Gadow of Peoria, AZ and Sue Behnke of Midlothian, VA. He is also survived by many nieces and nephews.