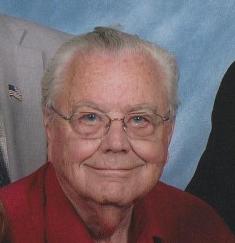 Thomas Parran, Jr., 91, of St. Leonard, Maryland passed away on July 24, 2012 in Charlotte Hall Veterans Home. Tom was born on April 9, 1921 in St. Leonard, Maryland to the late Thomas Parran Sr. and Madeline Bond Parran.
The Parran’s have been political leaders starting with Thomas Parran Sr., Tom’s father. The history of the Parran’s surfaced during the Battle of St. Leonard Creek, 1814. The two brothers, Parran’s owners of an estate at the mouth of St. Leonard Creek. Mr. Thomas Parran Sr. was a member of Congress in 1912. He served several Commissions; the most fascinating was the State Roads Commission. His name is engraved on the Hanover Street Bridge, Baltimore, 1914-1917. He was also the Clerk of the Court of Appeals.
Thomas Parran Jr. (TP), was a gracious gentleman. He served in the Army from 1942 to 1945 and owned and operated Maryland Bus Lines and Parran Limousine Service for many years. The legacy of the Parran’s is a story of considerable significance and success in TP’s journey of leading Southern Maryland beyond National Horizons. His kindness, love and joy for family and friends, and of course his companion and former wife Patricia Weller Parran makes his name the most pronounced name in Calvert County.
He is survived by his sons, Thomas Parran, III and Douglas Parran. He is also survived by a sister, Mary Sledge Parran, and his former wife and companion, Patricia Weller Parran.
The family will receive friends at the Rausch Funeral Home, 4405 Broomes Island Road, Port Republic, Maryland on Friday July 27, 2012 from 2-4 and 6-8 PM.
Funeral services will be held at Christ Episcopal Church on Saturday July 28, 2012, 11 A.M. Interment will follow in Church Cemetery. Memorial contributions may be made to Christ Church, 3100 Broomes island Road, Port Republic, Maryland 20676.