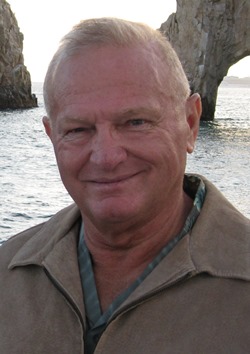 Thomas Lee “Tommy” Jackson, 70, of Friendship passed away August 7, 2014 at his residence. He was born December 17, 1943 in Baltimore to George G. and Mary M. (Taylor) Jackson. Tommy was primarily raised in Edgewater and graduated from Annapolis High School. After high school, he began his career in construction. He was employed as a foreman for SMAP for ten years and then he started his own business, T.L. Jackson Contractors, specializing in home improvements. He was previously married to Diane Clark and Barbara Jackson. He married Wanda Nettles in 1998 and they lived in Friendship. Tommy was an avid exerciser, going to the gym every day. He also enjoyed motorcycles, traveling, being outdoors, kayaking, bicycling, and taking care of his property and animals. Tommy was an animal lover.

Tommy was preceded in death by his parents, a brother George Jackson and a daughter Dawn Marie Jackson. He is survived by his wife, Wanda N. Jackson; daughters Jennifer Lynn Jackson of Chesapeake Beach, Michelle Natalie Jackson of Annapolis, and Faith Renee Duignan (Kyle) of Owings, and a step–daughter Pyrrha Hallums (Kevin) of Washington, D.C. Also surviving are grandchildren Alexandra Marie Jackson, Ava Ann Jackson, and Declan Thomas Duignan, a brother Robert Jackson of Friendship, and a sister Linda Lonergan of Annapolis.

Over the years, he owned, cared for, and rescued many animals; dogs, cats, horses, goats, pigs, ducks, geese, chickens, roosters, turkeys, and a host of others. In lieu of flowers donations in Tommy’s name may be made to the Orphaned Wildlife Rescue Center in Lusby, MD.