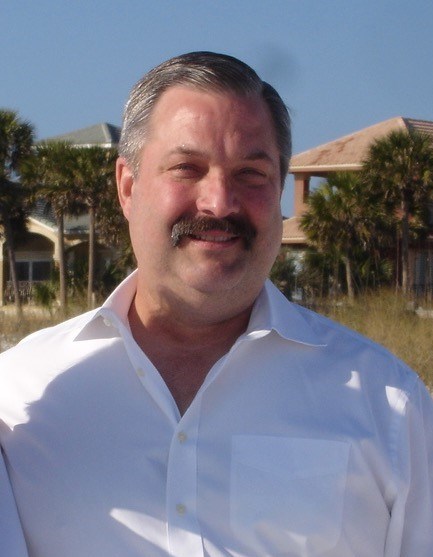 Thomas H. Trudeau, 60, of Huntingtown, MD passed away unexpectedly on January 10, 2019. Tom was born on June 22, 1958, to Eugene and Marie Trudeau in Morocco, Africa. Tom will be remembered as a loving and kind husband, son, brother, uncle and friend.
Tom received a Bachelor of Science degree in Business Management from Bryant College in 1980. He then received a Master of Science degree in Aviation Management from Embry-Riddle University in 1994 and a Master of Science degree in Management from the University of Oklahoma in 1995.
Tom was commissioned a second lieutenant in the U.S. Air Force in 1981. After pilot training, he flew the UH-1 “Huey” and later transitioned to the UH-60 “Blackhawk.” It was during an early assignment to Hill Air Force Base, Utah, where he met and married the love of his life, Kristine, on June 15, 1985. His service in the U.S. Air Force took them to Yokota AB Japan, Kirtland AFB Albuquerque, NM, and then Langley AFB Hampton, VA. Upon leaving the military in 1994, Tom worked nearly 24 years for Metropolitan Washington Airport Authority at Ronald Reagan Washington National Airport, where he served as Airport Operations Duty Manager for the first 12 years. He was then promoted to Supervisory Airport Operations Duty Manager.
One of Tom’s favorite past-times was fishing. Growing up on a small lake in Massachusetts he spent many hours in the family rowboat in search of bass and perch. In his teens, he enjoyed fishing with his brother, father, and uncle for bluefish and striped bass off the coast of Narraganset, RI. After settling in Maryland, he looked forward to getting out on the Chesapeake with friends in search of rockfish. A favorite memory of Tom’s was a trip to Alaska with his dad, brother and nephew to fish the Kenai river for silver salmon.
Tom is survived by his loving wife, Kristine; parents, Eugene and Marie Trudeau of Florida; mother-in-law, Cecilia Tank of Utah; brother, Dean (Anne) Trudeau of Florida; sister-in-law, Brenda (Mitch) Boren of Utah; nephews, Michael Trudeau of Colorado; Alex (Jennifer) Boren of Colorado; Travis Boren of Texas; niece, Melanie (Eric) Barstow of Georgia; great-nephew, Tyler Barstow; aunts, Sister Mary Thomas of New Jersey and Jacquelyn Mahoney of Massachusetts. He was preceded in death by his uncle Robert Trudeau and father-in-law Mike Tank.