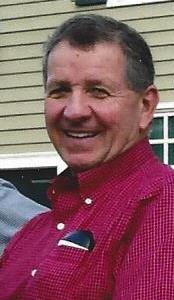 Tom had a successful career as President of Frank Gumpert Printing Company for more than 50years. He was instrumental in helping build the foundation of what is now Ironmark. He was held in high esteem and cared deeply for his employees.

Tom enjoyed fishing and playing golf with his friends and family at Chesapeake Hills. A dog lover he always enjoyed having a golden retriever around the house.