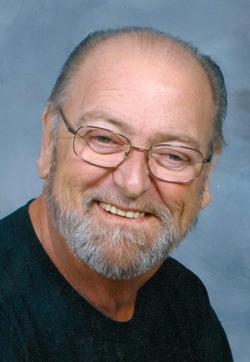 Thomas Edward “Eddie” Catterton, Sr., 59, of Owings, MD passed away June 2, 2013 at George Washington University Hospital in Washington, D.C. He was born June 22, 1953 at Prince George’s Hospital in Cheverly, MD to Joseph Samuel and Margaret Lorraine (Cullember) Catterton. Eddie was raised in Owings, MD and graduated from Calvert High School. He was employed as a truck driver for various companies. He married Janet Marie Mahesky on March 19, 1993. He became a member of the North Beach V.F.D Co. 1 in 1971 and was an original member of the Dunkirk V.F.D. when it was founded in May 1975. He also served on the Board of Directors and was elected to the Calvert County Volunteer Fire Department Hall of Fame on April 15, 2005. Eddie was very sociable and loved spending time with his family and friends. He also enjoyed riding his motorcycle and taking trips to Pennsylvania.

Eddie was preceded in death by his parents, Joseph S. and Lorraine Catterton. He is survived by his wife Janet M. Catterton; daughters Angela N. “Angie” Campbell and husband Robert of Chestertown, MD and Jillian B. Catterton and husband Don of Annapolis, and a son Thomas Edward “Eddie” Catterton, Jr. of Owings, MD. Also surviving are grandchildren Robert and Kathryn Campbell of Chestertown, MD and Annie and Braelyn Catterton of Owings, MD; a brother Joseph S. Catterton, Jr. and wife Debbie and a sister Candi L. Rogers and husband Darrin, all of Owings; numerous other loving family members and friends, and his dog Missy.