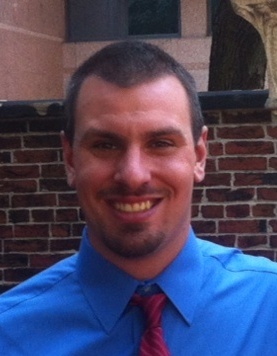 Thomas Christopher Ripple, 25, of St. Leonard, Maryland passed away on July 13, 2014 in Prince Frederick, Maryland. He was born on April 7, 1989 in Washington D.C. to Christopher and Donna Ripple.
Thomas Graduated from Calvert High School in 2007 and worked at Ripple’s Service in Upper Marlboro for 7 years. He was also a Carpenter and did overnight stock at Giant Food. Thomas enjoyed volunteering his time as an Advocate to the Gift Program at St. John Vianney & especially liked traveling to the HeartWork Mission Camps.
Thomas had many hobbies but most consisted of bicycling, lacrosse, going to the gym and spending time with his family, friends & fiance. Many considered Thomas a Connoisseur of Movies, Funny Quotes, Video Games & Music. He was also well known for his Arnold Schwarzenegger Impressions.
Thomas is survived by his parents Christopher and Donna Ripple of St. Leonard, Maryland, his Fiancé, Elizabeth Malley of Huntingtown, MD, daughter, Charlotte Ripple of Huntingtown, MD, siblings, Candace Sappington and her husband Graham of Graham NC, Amanda Ripple of Baltimore, MD and Joseph and James Ripple of St. Leonard, MD. He is also survived by grandparents Joseph and Joyce Loewe of Gaithersburg, MD and numerous Aunts, Uncles, and Cousins.
The family will receive friends on Thursday July 17, 2014 from 5-9 P.M. at St. John Vianney Catholic Church, 105 Vianney Lane Prince Frederick, MD where Mass of Christian Burial will be offered on Friday July 18, 2014, 11 AM Interment will follow in the church cemetery.
In Lieu of Flowers please make a Donation in Thomas’ Honor to :
The Memorial Fund for Charlotte M. Ripple
Donations can be sent to:
Community Bank
P.O. Box 3004
Prince Frederick, MD 20678