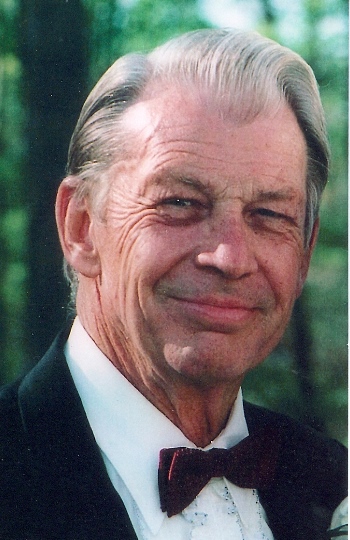 Thomas A. Rymer, age 91, retired Circuit Court Judge and Legislator, died on April 15, 2016 after a short illness. Mr. Rymer was born in Asheville, NC. where he lived until 1939 when the family moved to Washingon, DC. He graduated from Western High School (now Duke Ellington School of Music) and entered Maryland University in the V-12 program and was commissioned an Ensign at the age of 19, said to be the youngest Seabee officer in the Navy at that time.

He left the service as a Lt. J.G. and graduated from Cornell in 1948 with a five year BCE degree. He worked as an engineer with WSSC, designed and built houses in Montgomery County, held various government positions in the Navy, Air Force and the Secretary of Defense’s office. He left the Secretary’s office in 1964 as head of the Air Force Military Construction Program where he travelled extensively to world-wide airbases, including one two-month long around the world tour of bases in 1959. During that time, he had married the former Louise Carpenter of Calvert County and had three sons, Gary C. Rymer, Thomas A. Rymer, Jr. and Ronald C. Rymer. He attended Georgetown Washington University Law School in the evening and passed the Maryland Bar in 1957. Upon leaving the government he began the practice of law in 1964 in Prince Frederick and was elected State’s Attorney of Calvert County in 1966.

In 1987, Governor William D. Shafer appointed him Judge of the Calvert County Circuit Court where he served until his mandatory retirement date in 1995. For 10 years after that, he continued to sit when needed in the Circuit and District Courts in Calvert, Charles, St. Mary’s and Prince George’s Counties. Shortly after his 1995 retirement, he was appointed an alternate Federal Land Commissioner in Baltimore and later served as a full member of that three-judge panel until 2006.

Mr. Rymer was a faithful member of the Emmanuel United Methodist Church where he served for 17 years as superintendent of Sunday School and later as Chairman of the finance Committee. He stayed active in the community serving two five-year terms on the Calvert County Library Board and for a time as a board member of the ARC of Southern Maryland. As a “duffer”, he enjoyed golf with his wife who was a good player and they were among the original members of the Old South County Club. He was also the token male on the Ladies Bridge Club.

He is survived by his wife, Grace Mead Rymer, and children Gary C. Rymer, Thomas A. Rymer, Jr. and Ronald C. Rymer, his step-children Grace Mary Brady, Robert Manual Garrett, John Michael Garrett, Nell-Marie Chaney and William Francis Garrett, all of Calvert County, Allan Garrett of Baltimore, Thomas J. Garrett that passed away a year ago, 15 grand and step-children and ten great-grandchildren. He is also survived by his brother, John Rymer of Fenwick Island, Delaware.