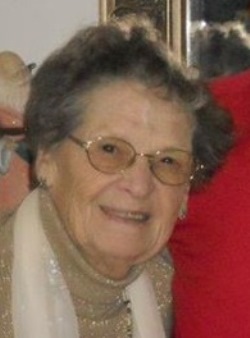 Theresa Helen “Terry” Miller, 85, of Deale passed away April 9, 2014 at Anne Arundel Medical Center in Annapolis. She was born January 12, 1929 in Campbell, OH to Joseph and Theresa (Sedlak) Makosky. Terry was raised in Ohio and upon graduating from North High School in 1948, she moved to the Washington, D.C. area. Terry was employed as a medical secretary at Malcom Grove Hospital at Andrews Air Force Base, retiring in 1980. She married Roland Francis Miller on February 18, 1950, and they made their home in Deale. After retiring from Andrew’s, Terry was the secretary at Our Lady of Sorrows Catholic Church in Owensville, where she was also a member. She has spent the last several years as a caregiver for her in-laws and her husband. Terry enjoyed being outdoors, sitting in the sun, and bird watching. Most of all, she loved spending time with her family.