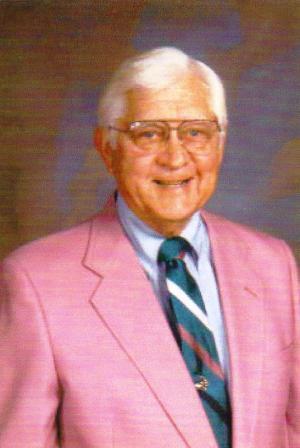 Theodore Kardash M.D. a recent resident of Charlotte Hall Veterans Home passed away on April 9, 2013 at the age of 96.
He was born on April 1, 1917 in Baltimore, MD where he lived and practiced his whole life. He graduated from City College, The University of Maryland College Park, and the University of Maryland Medical School.
Ted served as a physician in World War II in the Navy as a Lt JG with the Marine Corps 1st. Division stationed in Guam. . He also served with the 3rd. Marine Division stationed in China. He was released under honorable conditions in July 1946. He was awarded the Victory Ribbon and the Asiatic Pacific Campaign Ribbon.
Believing in community involvement, he taught at the University of Maryland Medical School, volunteered time at the Women’s Correction Center in Jessup Maryland, Bendix Corporation, and the United States Mariners Hospital. He became head of GYN services at Maryland General Hospital where he remained until retiring, leaving “during the golden age of medicine”. Ted is missed and always remembered as the consummate professional.
He loved playing golf and was a member of the Baltimore Country Club, and the Country Club of Maryland. He enjoyed Preakness weekend festivities with family and friends for over 50 consecutive years.
Ted was preceded in death by Margaret, his wife of 70 years, his parents, Camilla and Frank Kardash, and brothers John, Paul, and James. He is survived by brother Michael Kardash, of Rehoboth, Delaware, his daughter Linda Armiger, her husband Charles, son Daniel Kardash and wife Jeanne. Granddaughters, Kelly Franz, Melissa Miller, Jennifer Trunk. Great-grandchildren, Logan, MacKenzie, Peyton, Rory, Camdyn, and Mia.
Services and Interment will be private.