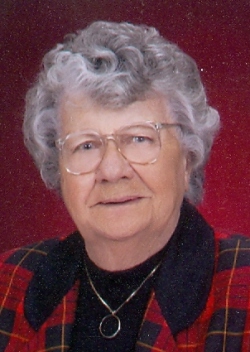 Thelma Rose “Miss C” Campbell, 92, a resident of Shady Side, died peacefully on March 17, 2013 at Country Home in Harwood. She was born October 22, 1920 in Washington, D.C. to Arthur B. and Thelma (Sullivan) Sweeny. Thelma graduated from McKinley Tech High School in Washington, D.C. and then went to work for the Federal Government. She retired in 1980 from David Taylor Research Center in Annapolis. She enjoyed reading, traveling, cooking, listening to books on tape and spending time with her family and many wonderful friends.

Thelma was preceded in death by her husband Robert “Bob” Campbell who died in 1980 and a son-in-law George Samel. She is survived by four daughters, Thelma A. Cullember and husband Donald of Shady Side, Roberta J. Samel of Odenton, Shirley C. Joyce and husband Glen of Shady Side and Kathy J. Boyle and husband Bob of Carolina Shores, NC and two sons Robert A. “Buster” Campbell, Jr. and wife Kathy of Lothian and Larry Campbell and wife Kathy of Crofton. Also surviving are six grandchildren and eight great-grandchildren.