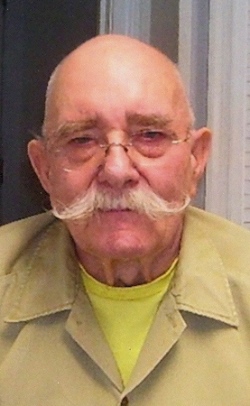 Terry Joe Madden, 85, a resident of Asbury Solomons passed away January 26, 2015 at the Health Care Center. He was born November 14, 1929 in Little Rock, AK to L. Buel and Vera (Lemaster) Madden. Terry was raised in Little Rock until his family relocated to Seabrook, MD in his youth. Terry attended public school. He enlisted in the United States Army in 1951, earning the Korean Service and United Nations Service Medals and a Bronze Star, before being honorably discharged in 1953. He married Mary Regina Bickerton on April 19, 1954, and they lived in Colmar Manor for seven years before settling in Mayo in 1959. Mary passed away in 1991 and in 2005 Terry moved to Huntingtown, and has been a resident of Asbury since 2010. Terry was employed as a union welder and mechanic. He was a member of Local 7 Operating Engineers. In his leisure time, Terry enjoyed gardening, cooking, playing Farmville on his computer, and spending time with his family.

He was preceded in death by his wife Mary. Terry is survived by a daughter Regina M. Rolen and husband Todd of Huntingtown and sons Edward F. Madden and wife Janet of Edgewater and Terry J. Madden of West Virginia. Also surviving are granddaughters Sara Rolen and Jaylin Madden, a great-grandson Gregory May, one brother and three sisters.