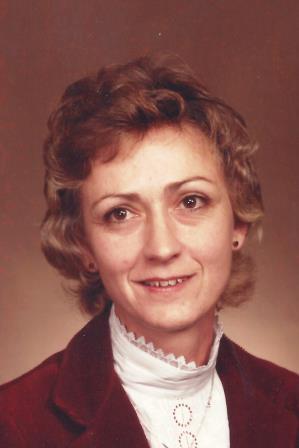 Sylvia Anne Steen Fisher, 76, of Lusby, MD passed away at her residence on March 25, 2016, surrounded by her children and grandchildren.

Born January 25, 1940 in London, England, she was the daughter of the late Wilfred Anthony Steen and Florence Elizabeth (Lockwood) Steen.

She married the love of her life, Tracy George Fisher, on August 27, 1966 in Oneida, NY. Tracy preceded her in death in July, 1997. She was a nurse, and a devoted mother and grandmother to her family that she loved so dearly. Sylvia moved to Calvert County from VA in 2013, and loved spending time on the beaches of the Chesapeake Bay, adding to her shell collection.

Sylvia is survived by her children, Ruth-Anna Gore (Tom) of Lusby, MD, Curtis Fisher (Vikki) of Crofton, MD and Colin Fisher (Kelly) of Richmond, VA; five grandchildren, Taryn, Tommy, Logan, Riley, and Chloe; sisters, Elizabeth Steen of Munnsville, NY and Pauline Hill of Ickenham, England. She also leaves behind a host of family across the United States and the United Kingdom. In addition to her parents and husband, Sylvia was preceded in death by her sister, Margaret Bloss.