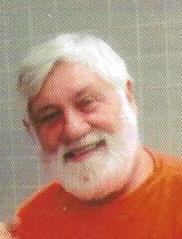 Steven “Steve” James Baltz, Sr., 65 of Prince Frederick, MD passed away on April 9, 2014 in Calvert Memorial Hospital, Prince Frederick, MD. He was born on October 22, 1948 in Fort Wayne, Indiana to the late Earl James Baltz and Dorothy Dawson Baltz.
Steve joined the United States Marine Corp and served his country during the Vietnam Era as a Lance Corporal from 1966 until 1969. He was a member of Dunkirk Baptist Church and The Gideon’s International
Steve is survived by his son, Steven James Baltz, Jr of Lusby, MD and his brother, David Wright of Magnolia, AK. He was preceded in death by his parents and his brothers Richard and Danny Wright.