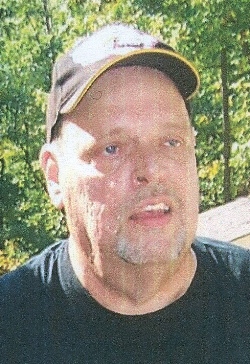 Steven Lee McCoy, 62, of St. Leonard, passed away October 23, 2013 at Calvert Memorial Hospital in Prince Frederick. He was born March 14, 1951 at Prince George’s Hospital in Cheverly to Carl D. and Margaret E. (McFadden) McCoy. Steven was raised in Seat Pleasant and attended public school. He was employed as a firefighter in Prince George’s County, retiring after 31 years due to work related disability. He was a member of GMA Gold Club. Steven was an avid fan of the Washington Redskins, Capitals and the Atlanta Braves.

He was preceded in death by his parents and a brother Richard “Dick” McCoy. Steven is survived by his loving wife Patricia A. “Pat” McCoy; four brothers Buddy McCoy and wife Barbara of Lusby, Mike McCoy and wife Nancy of Taneytown, Buck McCoy and wife Cathy of Lanham, and Eddie McCoy of Edgewater; a sister Cheri Hayes and husband Carl of Hughesville; and numerous nieces and nephews.