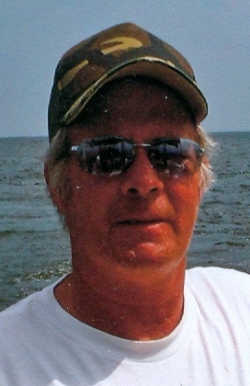 Steven Andrew “Steve” Beatty, Sr., 52, of Huntingtown passed away January 20, 2013 at Washington Hospital Center in Washington, D.C. He was born August 24, 1960 in Washington, D.C. to Carl and Mary Beatty. Steve was raised in District Heights, MD and attended Suitland High School and Riverdale Baptist School. He married Rosemary Evelyn Partonen on May 9, 1980 and they lived in Forestville until moving to Huntingtown in 1988. He was employed at the Giant Food Bakery, and owned and operated Beatty’s Home Improvement and Repair for eleven years. Steve was an oil truck driver for Besche Oil Company and most recently a concrete truck driver for Chaney Enterprises. Steve was an avid fisherman, and he enjoyed playing guitar, building and flying R.C. model airplanes, and tinkering with cars and boats.

He is survived by his loving wife Rosemary E. Beatty, a son Steven A. Beatty, Jr. and a daughter Christine E. Beatty, all of Huntingtown. Also surviving are his parents Carl and Mary Beatty of Owings; a brother Carl W. Beatty III of St. Leonard; a sister Bridgette Phelps; three nieces Mariam and Melissa Wyant and Erin Beatty and a nephew Carl Beatty IV.

In lieu of flowers or contributions, Steve’s family prefers that you honor his memory with your presence.