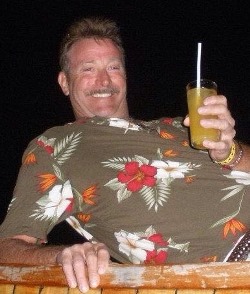 Stephen Wayne Schwalenberg, 52, of Huntingtown passed away September 27, 2015 at his home surrounded by family. He was born March 12, 1963 in Washington, D.C. to James William and Emma Lou (Seltzer) Schwalenberg. Stephen was raised in Upper Marlboro and graduated from Largo High School in 1981. He lived in Wayson’s Corner and in Calvert County for the past 24 years. Stephen married Anita M. Kisner on November 18, 1994. He was a member of the Washington District Council Carpenters Local 132. He specialized in trim carpentry working for Interior Building Systems. Stephen enjoyed hunting, fishing, traveling to the mountains and the beach. He also loved Harley Davidson motorcycles, his 1964 Chevy II, which he rebuilt from scratch, and most of all spending time with his wife, family and many friends.