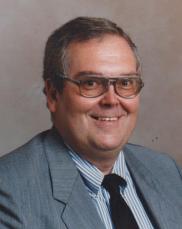 Stephen Edward McGovern of Calvert County, Maryland passed away on November 12, 2014 at the age of 71. Steve was a retired businessman who spent many years with his business pursuits around the world. In his youth, Steve was an Eagle Scout. As a young adult he served as the Chief of Police in Albers, Illinois. We will remember Steve as someone who was happy, talkative, outgoing, and who enjoyed his volunteer work with the American Red Cross.

Steve is preceded in death by his father Marshall McGovern and his brother Ronald.
He is survived by his daughters Miranda and Anahita, mother Virginia, and sister Jan. He is also survived by 4 grandchildren: Kaitlyn, Jacob, Troy, and Armaan.

A visitation will be held at 10am, and a Memorial Service at 11am Saturday, November 15th at: Rausch Funeral Home 4405 Broomes Island Road, Port Republic, MD 20676
Interment will be private.

In lieu of flowers, donations can be made to: