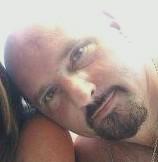 Stephen Andrew Thompson, 54, of Huntingtown, Maryland passed away on September 9, 2017 in Prince Frederick, Maryland. He was born on December 14, 1962 in Washington DC to Carol Trevey and the late Thomas G. Thompson.
Stephen had a very calming demeaner and could turn the darkest situations around and end up with all involved laughing. He had a positive outlook and was an amazing man who liked to piddle around in his garage or yard and was capable of fixing anything with a cigar in hand and a Coors Light close by.
Stephen is survived by his wife, Lisa Marie Starkweather-Thompson, father of Justin Thompson, Katelyn Thompson, Trevor Thompson and Samantha Thompson. He is also survived by his granddaughter, Aria, his mother Carol Trevey and his brother Mark Thompson.
The family will receive friends on Saturday September 16, 2017 from 12 noon till 4PM at the Rausch Funeral Home, 4405 Broomes Island Road, Port Republic, Maryland where a Memorial service will be held at 2 PM during the visitation. Interment is private. Memorial contributions may be made to Burnett-Calvert Hospice House.