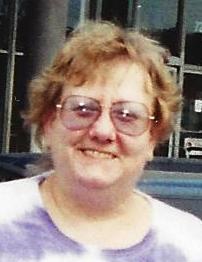 Stephanie Lange, 65 of Lusby, MD formerly of Dundalk, MD passed away on July 23, 2014 in Baltimore City, MD. She was born on August 21, 1948 in Germany to the late Anna and Stefan Skwarek. She married John Francis Lange, Sr. on April 27, 1968 in Baltimore, MD and he preceded her in death on April 6, 2009.
Stephanie moved from Germany to Baltimore, MD in 1955. She graduated from Patterson High School in 1966 and went on to eventually become a Customer Service Represenative with Lord Calvert Bowl. She enjoyed Wood Badge, Boy Scouts, Bowling, Bingo, Gardening, and Word Puzzles.
Stephanie is survived by her two sons, Edward Lange and his wife Rachel of San Antonio, TX, and John F. Lange, Jr. of Lusby, MD; siblings, Ursula Gensler and her husband Bill of Dundalk, MD, Jerry Skwarek and his wife Mary of Abingdon, MD, and Alice Rauh of Edgewood, MD; and one granddaughter, Lauren Lange. She was preceded in death by her parents, husband, and a brother, Marion Skwarek.