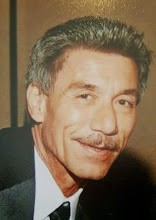 Stanley John Colarusso, Jr., 65, of Lothian passed away July 17, 2017 at his residence. He was born June 7, 1952 in Washington, D.C, to Stanley John and Janet Esther (Shipe) Colarusso. John was raised in the Washington, D.C. area and graduated from Potomac High School. He was employed as a telecommunications specialist with Verizon for many years until his retirement. John enjoyed watching football and was an avid Washington Redskins fan. He also loved spending time with his dog Maria.

John was preceded in death by his wife Sharon Colarusso, sisters Nancy Dade and Marie Higgs and his parents Stanley, Sr. and Janet Colarusso. He is survived by his children Stanley John Colarusso III and his wife Caryn of Broomes Island, Jessica M. Colarusso of Upper Marlboro and Heather R. Colarusso of Clinton. He is also survived by grandchildren Eric, Christopher, Jonathan, Jaden and Gianna as well as his sister Sharon Flynn and her husband Dave of Owings.