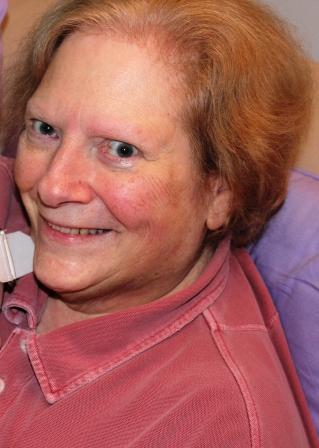 Shoshanah Yaffa Tulkin, 67, passed from this world into Glory on September 2, 2012 at Suburban Hospital, Bethesda, Maryland. She is survived by her daughter, Laura Hinkle, son-in-law, Roy Hinkle, Jr., two grandchildren, Emily Caroline Hinkle and Jack Lewis Hinkle and her brother, Steve Tulkin and sister-in-law, Sydney Kapchan.
Shoshanah was born on June 19, 1945 in Bronx, New York. She was the youngest child of David and Mae Tulkin. She was 6 months old the family moved to Prince George’s County where Shoshanah grew up. She graduated from Northwestern High School in 1963.
Shoshanah was a writer. She had written several novels, none of them published. She made her living as a graphic designer until her retirement.
What she loved the most in the world was her Savior, her family, her cat and a good laugh! She will be missed.