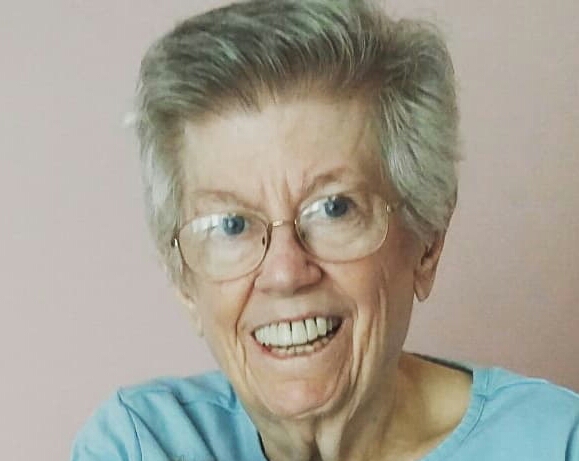 Shirley Ruth Bogley was born April 30, 1939 in Nashville, TN to Charles and Alice Bradley. As the only child, she was much loved and doted upon. Shirley grew up in Crossville, TN on a small farm. She moved to Nashville shortly after graduating high school to work at Southern Baptist Sunday School Board. On December 15, 1956, she met the love of her life, Reuben “Corky” A. Bogley III at the local Y. They married on January 30, 1958 and moved to Hillcrest Heights, MD shortly after. They welcomed their firstborn, Reuben “Brad” A. Bogley IV, on February 22, 1959, and then their daughter Ruth Anne Bogley on May 7, 1961. Shirley was a stay at home mother while her children were young, but once Ruth started preschool, she decided to rejoin the workforce. She worked for Prince George’s County Public Schools, first as a secretary for several schools, then in the Food Services Division where she planned the meals for the elementary schools. She worked for PGCPS for over 25 years before finally retiring, content to once again be a home maker and occasional baby sitter for her many grandchildren. Brad had blessed her with granddaughters Stephanie and Lindsey, and Ruth had blessed her with grandchildren Kelly, Brianna and Charles. She has also been blessed with several great-grandchildren, Kelly’s sons Peyton and Zachary, Stephanie’s children Dean and Ellie and Brianna’s daughter Caelyn.

The church and her faith had always been important to Shirley, in both Tennessee and Maryland she was very active in her local Baptist Church. She was a much valued member of Clinton Baptist Church, from 1973 when she and her family first moved to Brandywine, MD to about 1998. She often taught Vacation Bible School and led a women’s bible study class most Sunday mornings before service. She has always been a source of spiritual strength for her family, the one they could always go to for advice and prayers.

Shirley has joined her mother Alice and father Charles; as well as her daughter Ruth, in heaven. Her husband, Corky; her son Brad; her son in law Bucky; her grandchildren Kelly, Stephanie, Lindsey, Brianna and Charles and her great grandchildren Peyton, Zachary, Dean, Caelyn and Ellie, will all miss her terribly and love her always.