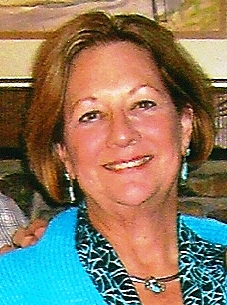 Sheryl Jones Alu, Esq. of Solomons, MD passed away on January 15, 2013. Born and raised in Emmaus, PA she was the daughter of Lloyd and Blanche Jones of Allentown PA. She was married to Richard Alu.

She was a graduate of Franklin & Marshall College where she was part of the first women’s graduating class at the College. After graduation she began her extensive law career as a para-legal for Elias Matz Tiernan of Washington DC. She subsequently received her JD from Emory Law School in Atlanta, GA and returned to Elias Matz as an associate and eventually became Of Counsel. Her early legal career centered on banking and security related practices and was also General Council for Perpetual Federal Savings & Loan.

Known for her expertise in mergers and acquisition she was often sought to litigate for corporate finance and securities law and handled Blue Sky security matters. Her recent legal practice was as chief counsel for Jones Alu Law and recently Of Counsel with the Prince Frederick firm of Davis Upton Palumbo & Dougherty.

Ms. Jones Alu had been a Calvert County resident for over 30 years. She was committed to the betterment of Calvert County, and served on several Boards, Commissions, and Committees, where she gave freely of her time and talents to assist local government, private non-profit organizations, and the business community. She served on the Ethics Commission from 1996 through 2011, and as its Chair from 2005 to 2011. She was a member of the Compensation Review Board, the Annmarie Garden Board of Directors, the Calvert County Lighting Task Force, and the Redistricting Committee. She served as the President of the Calvert County Chamber of Commerce, as well as a Board Member of the Safe Harbor, Inc. Board of Directors. In 1997, she was recognized as Republican Woman of the Year.

Sheryl served on the Calvert Memorial Hospital Foundation Board from 2001 through 2006. She served one term as Foundation treasurer and four years as President of the CMH Foundation Board. During her tenure she made many contributions to the hospital, including serving as Foundation President during the Capital Campaign that raised funds for the expansion of the emergency department and the construction of the new ICU and outpatient concourse at CMH.

She was a devoted animal lover and was especially fond of basset hounds. She was supportive of animal rescue and welfare, and was a regular contributor to Bassett Hound rescue and rehoming efforts. Two of her Bassets, Dudley Do-right and Sadie Lady, competed in the Westminster Kennel Club show in New York City.

Sheryl lived life to the fullest, and was devoted to her friends and family. She was always there to unhesitatingly lend a helping hand to anyone with a problem. She was quick to laugh and had the ability to find humor in daily life.