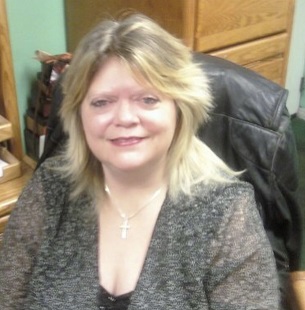 Sherry was born on February 28, 1963 in Morgantown, WV to Gene and Sharon Allen. She was an office administrator for D. Gibson Restoration. As a resident of Prince George’s County she gave her time to local schools.

Sherry’s joys were watching her grandchildren grow, caring for her plants, and the many wild animals in her yard, the wild turkeys, raccoons and deer. She was particularly fond of a doe and her two fawns that visited regularly.
Sherry was an avid Redskins and West. Virginia Mountaineers fan.

Sherry also had a love for Harley Davidson‘s, she loved the freedom they provided and the joy of the open road.

She loved all animals but especially her dogs, Crimson and Clover.

Despite her illness Sherry was an eternal optimist and enjoyed every moment. Sherry touched so many lives and will be greatly missed.

The family will receive friends at Rausch Funeral home 4405 Broomes Island Road, Port Republic, MD on Thursday October 10, 2019 from 12 to the time of the funeral service at 2 PM. Interment is private.

Donations may be made to the Crohn’s and Colitis foundation.

I know that what you are going through right now is very difficult, just know that I am here for you. I am truly sorry for your loss.

My deepest condolences to The Palmer Family

Doc, Deepest sympathies to you and the family. Tho’ we only got together a couple of times, Sherry was such a lively soul with a contagious laugh. We feel honored to have met her.