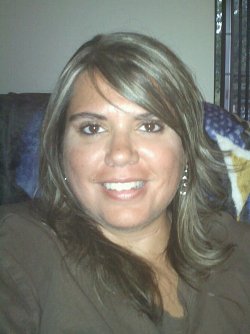 Shantell Marie Turner, 34, of North Beach, MD passed away February 1, 2013. She was born February 27, 1978 in Cheverly, MD to David S. and Cheryl Ann (Holmgren) Ball. Shantell was raised in Ft. Washington, MD. She attended Friendly High School and graduated from Gwynn Park High School in Brandywine in 1996. She was employed as a bank teller and most recently worked as a Program Analyst for the I.R.S. in New Carrollton. Shantell has been a resident of North Beach for the past eight years. She was an avid Baltimore Ravens fan and also loved the beach, dancing, and spending time with her family and friends.

Shantell is survived by her son Tyler A. Turner of Marbury, MD; her parents Cheryl A. and David S. Ball of Chesapeake Beach; and grandparents Phyllis Holmgren of Huntingtown, Harry Holmgren of Washington, D.C., Sally Donaldson of North Beach and Charles Donaldson of Bryans Road, MD. She is also survived by a brother Justin D. Ball of Owings and a sister Victoria L. Harms of Yorktown, VA and her parents Robert and Judy Palmer of Flagstaff, AZ.

Memorial contributions may be made to Sally Donaldson, P.O. Box 1058, North Beach, MD 20714 for a fund to provide a bench in Shantell’s name on the North Beach boardwalk.

Wow. I don’t know how I ended up here. I was looking for something else. I guess there are no accidents in the Universe. I worked with Chantell’s mom, Cheryl, at Virginia Linen a lifetime ago. Cheryl is the sweetest most loving person I’ve ever met and a mother who loved her children fiercely. I KNOW Chantell was her world. Where ever Cheryl is I am sending her love, hope, healing energy and a virtual hug. I hope to God she is getting through this with the love and help of family and friends.

Much love and condolences to all.