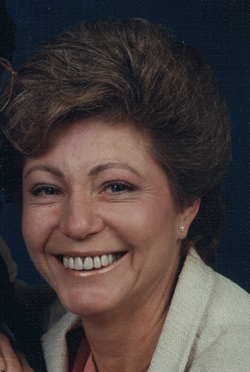 Sandra “Sandy” Louise Wallace Palmer, 66, of Sunderland passed away suddenly December 10, 2013 at Calvert Memorial Hospital in Prince Frederick. She was born September 4, 1947 in Dayton, Ohio to Elmer and Almeda (Griggs) Wallace. She was raised in Ohio and moved to Maryland in 1964. She was a respiratory therapist at Southern Maryland Hospital in Clinton and later at Civista in La Plata. She remained there until she became an amputee. She was no longer able to remain in that position and she returned to work at Walmart, where she was employed for ten years. Sandy loved her cats, playing bingo, Saturday night dinners out, and spending time with her family, especially her grandchildren.

She was preceded in death by her mother. Sandy is survived by her companion of thirty three years, Gary Raum of Sunderland, and her father Elmer Wallace of La Plata. She is also survived by her son Robert Palmer and wife Jo Anne of Mechanicsville, a sister Linda Hitchcock of La Plata, granddaughters Ashleigh and Haley Palmer, a nephew Charles “Charlie” Trotter and his fiancée Amanda Atwood, and her daughter Jaidynn Paugh.