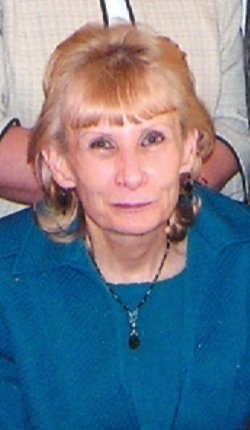 Sandra Jean Hobbs, age 68, of Huntingtown, MD passed away August 3, 2013 at her home. She was born January 15, 1945 in Washington, DC to Benjamin Franklin and Lucy Mae (Southard) Carrick. Sandra was raised in Lanham and graduated from Duvall High School in 1963. She married Franklin W. Hobbs in Lanham in 1964, and they moved to Huntingtown in 1976. Sandra was primarily a homemaker until her husband passed away in 1987. She was then employed as a secretary for J.B. Waters and Associates in Prince Frederick. She loved animals and was very charitable to the Humane Society as well as veterans organizations. She also enjoyed sewing, flowers and collecting Precious Moments and porcelain dolls.

Sandra was preceded in death by her parents, her husband, Franklin on October 8, 1987 and a sister Ethel Sheetz.
Surviving are her daughter Denise Underwood and her husband Jeff of Lusby, MD, son David A. Hobbs of Shady Side, MD, granddaughters Samantha and Emily Underwood and Megan Hobbs and a sister Joan Moran of Crofton, MD.