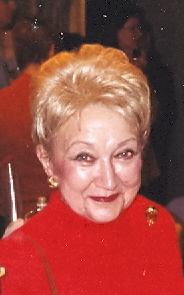 Ruth Wachs, age 83, of Huntingtown, MD passed away February 21, 2012 at Calvert Memorial Hospital. She was born March 3, 1928 in Pittsburg, PA to Samuel and Esther (Wakser) Weinstein. She was a 1944 graduate of Taylor Alderdic High School in Pittsburg and attended the University of Pittsburg majoring in history. Ruth was married to Dr. Harry Wachs in Pittsburg in 1959. They moved to Huntingtown in 1977 when they purchased and restored Huntingfields Manor, a historical home built in 1670. She was an administrator for the Vision and Cognitive Development Center in Washington, DC. Ruth served as a docent for the Corcoran Gallery in Washington for over 20 years and was a member of Alpha Epsilon Phi Sorority
Surviving are her husband Dr. Harry Wachs; children Bruce J. Weissman of Park City, Utah, Sherry W. Schweitzer and her husband Harvey of Bethesda, MD and Hallie W. Cohn and her husband John of Hong Kong, China; a daughter in law Tia Weissman of Mill Valley, California and grandchildren Sarah E Cohn of New York City, NY, Rachel A. Cohn of St. Louis, MO and Hanna C. Schweitzer of Bethesda, MD