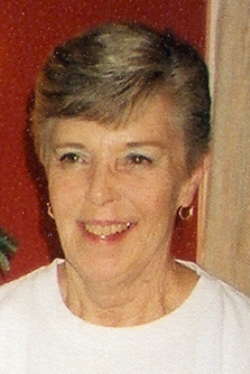 Ruth Geraldine Norfolk, 78, of Huntingtown passed away November 19, 2014 at her residence. She was born March 28, 1936 in Prince Frederick to Henry Oscar and Ruth Rebecca (Gray) Bowen. Geraldine was raised in Plum Point and graduated from Calvert High School in 1955. She married Thomas Hilton Norfolk on May 18, 1955. Geraldine was primarily a homemaker, but she also helped her husband with his vending and arcade business. She later worked as a secretary for Phelps & Rymer Accounting Firm in Prince Frederick. Geraldine was a charter member of New Life Baptist Church and recently attended First Baptist Church in Prince Fredrick. She enjoyed watching television especially soap operas and wrestling. She also enjoyed watching hummingbirds, traveling, taking trips to Florida, playing ball with her dogs, and spending time with her family, especially her grand and great-grandchildren.

She was preceded in death by her parents, her husband Thomas Hilton Norfolk who passed away January 21, 1982, a daughter Sheena L. Holesapple, sisters Rosie Phelps and Barbara Cobb, and a brother Larry Bowen. She is survived by a daughter Sharon L. Humm and a son Paul E. Norfolk and wife Debra, all of Huntingtown. Also surviving are a sister Sally Hall and husband Avery of Huntingtown, grandchildren Jesse Bowen, James and Crystal Holesapple, and Gary and Michael Broome, several great-grandchildren, and numerous nieces and nephews.