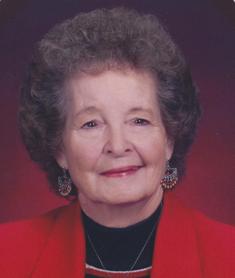 Ruth E. Buck, 83, of Prince Frederick passed away on January 27, 2013 at Calvert Memorial Hospital after a short illness.

Ruth was born on February 5, 1929 in Dameron, Maryland to the late Harry Wood and Catherine (McKay) Wood. She was one of 11 children and was preceded in death by her sisters Evelyn Norris, Lucille Hooper , Catherine Wood , Marguerite Wood and brothers, Harvey Wood, John Wood and Dick Wood. She is survived by sister Margaret Greenwell of Hollywood, Marion Gatton of Lexington Park and brother Charles Wood of Dameron.

Ruth attended St. Michael’s Catholic School in Ridge and graduated in 1947. After graduation she left St. Mary’s County to reside in Calvert County and marry her husband of 55 years, Parran (Tick) Buck who preceded her in death. She is survived by her children, Linda Higgs and her husband Jimmy of Benedict, Darol Buck and his wife Marianne of LaPlata and Lisa Gallegos of Prince Frederick. She is also survived by 4 grandsons, Chris and his wife Charity Higgs of Benedict, Dave Buck of Columbia, Missouri and Kyle and Kory Gallegos of Port Republic. In addition, she is survived by 4 great grandchildren, Claire Higgs and Draven, Xander and Phoenix Buck.

She retired in 1992 after working many different jobs, including bookkeeper for the former Gott Oil Company and Shorter’s Restaurant and a receptionist for Calvert Hair Fashions. She was an avid fan of the Dallas Cowboys but truly enjoyed NASCAR, especially driver Jeff Gordon.

Ruth had been a member of St. John Vianney Catholic Church since it was a mission church. She worked with the bereavement committee at the church and participated in adoration hour until health issues prevented her from attending. She was also a judge for the Board of Elections of Calvert County, a member of the auxiliary for Calvert Memorial Hospital for approximately 25 years and also enjoyed helping with the SMECo annual meetings.

In lieu of flowers memorial contributions may be made to Calvert Hospice, Post Office Box 838, Prince Frederick, MD 20678.

Family will receive friends from 3-6 PM on Monday February 4, 2013 at Rausch Funeral Home in Port Republic. A mass of Christian burial will be held on Tuesday February 5, 2013, 11 AM at St. John Vianney Catholic Church in Prince Frederick with Father Peter Daly officiating. Interment will follow at Central Cemetery in Barstow. A reception will follow at the Family Life Center of St. John Vianney.