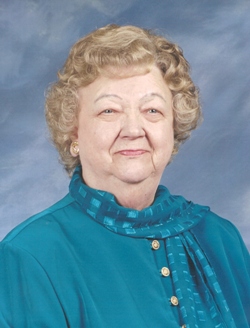 Ruth Dorothy Miller, 86, of Chesapeake Beach passed away July 26, 2012 at Calvert Memorial Hospital, Prince Frederick, MD. She was born September 8, 1925 in Alliance, Ohio to Charles and Elsie (Snyder) Carter. Ruth was raised in Washington, D.C. where she attended public schools, graduating from Eastern High School. She attended Western Maryland College in Westminster, now McDaniel College, for two years. Ruth married John Ralph Miller in 1945 and they lived in the District until moving to Landover Hills, MD, and she had resided in Chesapeake Beach since 1979. Ruth was employed at the US Navy Department in Washington, D.C. where she was the Director of the Personal Property Division. She retired in 1984 after over thirty six years of service. Ruth was a member of St. Anthony’s Catholic Church in North Beach, MD, and the Stallings-Williams American Legion Ladies Auxiliary Unit 206. She was also very active at the Calvert Pines Senior Center. In her leisure time, Ruth enjoyed going to the beach, camping, reading, spending time with her family, especially her grandchildren, and her pet dogs.

Ruth was preceded in death by her husband John Ralph Miller, her son Michael Francis Miller, her parents, a sister Iona Atkins, and a brother Verne Carter. She is survived by daughters Patricia A. Smith and husband R. Curt of Ocean City, MD, and Bridgett J. Baumgartner and husband Donald of Laurel, MD; grandchildren Kelly C. Smith of Silver Spring, MD and Kevin R. Smith of Rockville, MD.