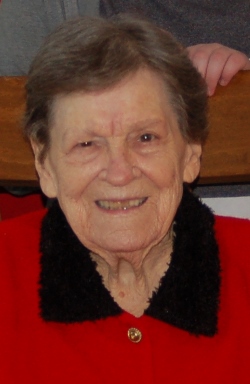 Ruby Dean Koebke, 90, of Huntingtown passed away January 23, 2016 at Calvert Memorial Hospital. She was born June 6, 1925 in Albany, KY to John Ridley and Emma Locora (Hicks) Thrasher. Ruby was born and raised on the family farm in Albany, KY where she walked 3 ½ miles to high school. She moved to DC in 1941 and worked at the post office. Ruby married Walter Koebke on June 1, 1946 and they made their home in College Park where they bought their first home in 1952 and sold it in 2015 before Ruby moved to Huntingtown. In her leisure time Ruby enjoyed crossword puzzles which taught her a lot. She also enjoyed gardening, canning, investing in the stock market and spending time with family, especially her grandchildren.