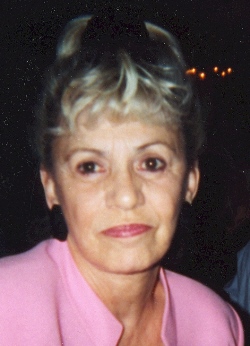 Rose Myra Grusholt, age 74, of Shady Side, MD passed away October 26, 2014 at Mandrin Inpatient Care Center in Harwood, MD. She was born May 18, 1940 in Washington, D.C. to John Roger and Louise (Baden) Sansbury. Rose was raised in Forestville, MD and graduated from Suitland High School in 1958. On October 20, 1958, she was married to Charles K. “Kenny” Grusholt at Epiphany Episcopal Church in Forestville. She was employed for over 35 years as a secretary with the District of Columbia Air National Guard, retiring in 1995.
Rose enjoyed spending time in Ocean City and was a member of The Red Hat Society there. She also enjoyed time on the beach with her grandchildren, playing cards and “retail therapy”.
She was preceded in death by her parents and a sister Elizabeth “Betty Jane” Skiles. Surviving are her husband Charles “Kenny” Grusholt of Shady Side, MD; sons Scott B. Grusholt of Shady Side, MD and Charles K. Grusholt of Edgewater, MD; grandchildren Sean, Brandon and Jessica Grusholt and a brother John R. Sansbury, Jr. and his wife Shelley of Upper Marlboro, MD.