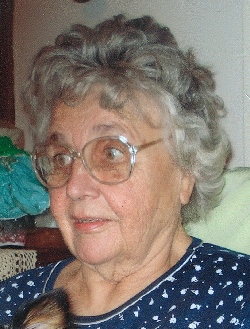 Rose Louise MaGruder Marselas, 92, of Friendship, MD passed away on November 14 in Annapolis. She was born May 12, 1923 in Washington, D.C. to Fred and Rosa (Calvert) MaGruder. She grew up in Washington and its suburbs and the family purchased one of the earliest cottages in North Beach Park and subsequently summered there. In 1943, she married Stanley Marselas. She continued to work for the railroad at Union Station in Washington while they lived on a rented farm in Friendship, MD. In 1950 they were able to buy the farmland adjacent to Stanley’s parents in Owings, MD which they actively farmed until the late 1990’s. In 1956 the family moved into the house on the corner in Friendship where Rose resided until her death, recently with her grandson Christopher and his family. For many years the Marselas home was a focus of hospitality to friends, neighbors, and especially children.

She was preceded in death by her husband Stanley Edward Marselas, her brothers Calvert Forest and Charles (Buddy) MaGruder, and a 13 year old granddaughter, “Ari”. She is survived by a daughter Sharon L. Marselas Landman of Wakefield, MA and a son Stanley Edward Marselas, Jr. of Chesapeake Beach, MD. Also surviving are grandchildren, Alex and Adrian Landman and Christopher, Gregory, and Margaret Marselas, and two great-grandchildren.