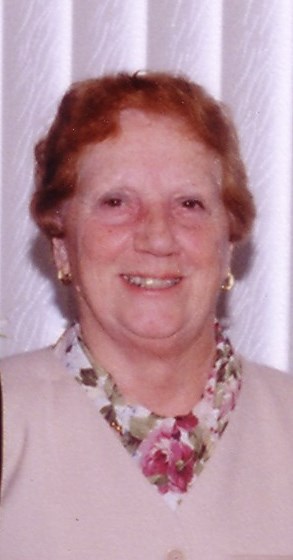 Rose Ann Handy Byrd (age 93) of Chesapeake Beach, MD passed away peacefully on Wednesday, December 13, 2017. She was born on June 2, 1924 in Washington, DC. She was the beloved wife of her late husband, Herbert Byrd and a devoted mother to her four children: James (Debra Adair) Byrd, Catherine (Brian) O’Flynn, Pamela (Kevin) Byrd Berard, Susan (Wayne Winker) Finotti, and close family friend William Collins.
Rose worked for the Prince Georges’ County school system for over 30 years. In her later years she volunteered at the South County Senior Center & Meals on Wheel while continuing to be an active member at St. Anthony’s Catholic Church, an avid collector of antiques, and she always enjoyed a good card game with friends.
She was the loving sister of Robert F. Handy and the late Mary T. Christensen, William A. Handy, Eleanor Handy, and Georgia I. Fantone. She was also blessed with three grandchildren and five great-grandchildren. Many nieces and nephews also carry wonderful memories of their beloved “Aunt Ann.”

A memorial Mass will be held at a date and time to be announced. Interment of cremains will be a private service with immediate family only. Any donations should be made to a Charity of one’s choice.