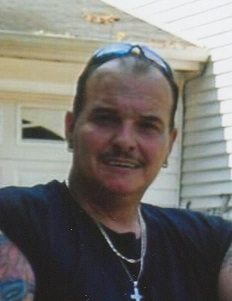 Ronnie Rex Davis Sr AKA “Pop Pop” 54 of Prince Frederick, MD was called home on Monday May 21, 2018. He was born April 4, 1964 in Landstuhl, Germany to Nelson R. Davis and Renate Davis. Ronnie was a member of the Sheet Metal Workers Local 100 for 36 years. Ronnie loved his Washington Redskins and Pittsburgh Penguins. He also loved hunting, Riding and showing his Harley’s and his Ford F-150 but most of all he lived his children, grandchildren, dogs, family and friends. He is proceeded in death by his father: Nelson R Davis and his mother Renate Herzog Davis. He is survived by his children: Amanda (Marty) Benjamin, Ronnie (Emily) Davis Jr, and Carly (Tim) Morgan. His Stepmother: Helen Davis, his grandchildren: Kaydin, Camryn and Xavier Benjamin, Lilly, Sofia and Aubrey Davis and Athena Morgan. His two sisters: Christol (David) Payne, Mary Ann (Eric) Smith and one brother Herb (Maria) Davis. Several nieces and one nephew.
The family will receive friends on Friday May 25, 2018 from 9:30 -till the time of the service, 11 AM at the Rausch Funeral Home, 4405 Broomes Island Road, Port Republic, MD. Interment is private.