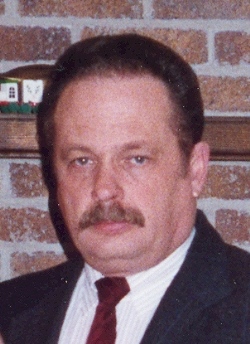 Roger Charles Remaley, age 74 of Sunderland, MD passed away after a long battle with numerous health issues on December 26, 2013 at Mandrin Inpatient Care Center, Harwood, MD. He was born September 1, 1939 in Murrysville, PA. to Charles B. and Helen L. (Homer) Remaley. Roger grew up in Montgomery County and graduated from Wheaton High School. He joined the United States Navy on November 7, 1957 and served on the USS Tidewater and was discharges November 6, 1961. Roger was employed by the United States Postal Service and retired as a marketing manager in 1992 with a total of 35 years of government service. During his career he was a member of a number of civil and professional organizations including President and Vice President of Branch 531 National Association of Postal Supervisors, served as chairman of various MD/DC State Executive Board NAPS, was President and Vice President of Branch 2611 NALC and Secretary of Potomac Valley Rod and Gun Club.
In his leisure time Roger enjoyed hunting, boating, fishing and the company of his many dogs and cats over the years.
Surviving are his wife of 26 years, Beverly Remaley of Sunderland, son Roger Remaley and his wife Susan of Minneapolis, MN ; daughters Janine Johnson and her husband Ronald of Clarksburg, MD and Yvette Mannas and her husband Tom of Middletown, MD; stepson Joseph Bliffin of Chicago, IL and stepdaughter Kellie Bliffin Ridner and her husband Matt of Monrovia, MD . He is also survived by seven grandchildren and six great grandchildren