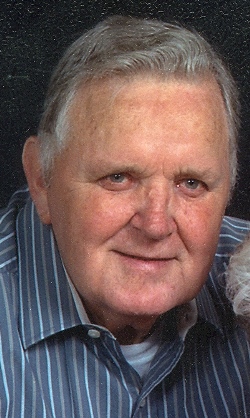 Robert William Cantin, Sr., age 80, of Huntingtown, MD passed away April 27, 2015 at his residence. He was born October 1, 1934 in Manchester, NH to Alfred A. and Margaret (Hickey) Cantin. In 1953, at the age of 19, Bob enlisted in the United States Marine Corps and served in Korea in communications. He was discharged January 18, 1961 as a Sargent.

In January of 1956 Bob met and later married Barbara Schwallenberg who was working and residing in Washington, DC. After Bob’s discharge they resided in New Hampshire briefly before moving to Maryland and settling in Huntingtown.

Over the years Bob held several jobs, among them 13 years with the Benedict Estuarine Lab as a research aide, and Captain of the R.V. Joseph Leidy. In 1983 he received his Captain’s license and ran research vessels for the Naval Research Lab in Washington, DC out of Chesapeake Beach. He was also a licensed Ship to Shore Radio Operator.

Bob’s career included many years of volunteer work, among them 32 years with the Boy Scouts of America where he held many positions. For several years he was Scoutmaster for Troop 903 in Huntingtown, where he and his troop shared many adventures such as 50 miles on the Appalachian Trail, completing most of the C & O Canal on bicycles, 50 miles by canoe on the Patuxent River and many campouts. Bob earned several awards to include the District Award of Merit and the Silver Beaver. He was fondly referred to as “Mr. C” by his scouts who he taught to sing “The Marine Corp Hymn.”

Bob also served as Post Commander of American Legion Post 85 and Chairman of the Sons of the American Legion. He was a volunteer for Huntingtown VFD Auxiliary. He was a charter member of the Men’s Club at St. John Vianney Catholic Church and later served as an usher. In 1993 he became a member of the Friends of Cedarville State Forest in Brandywine and later became President, serving for over 21 years.

In 2002 Bob and his wife, Barbara, were awarded the “Unsung Hero Award” for volunteerism by the Governor of Maryland.
For many years Bob was Santa Claus for organizations and parades, he enjoyed crafts, helping kids and rooting for the New England Patriots.

He was preceded in death by his parents, a brother Carl, sisters Beatrice, Cora, Rose, and Peggy.

He is survived by his wife of 59 years Barbara Cantin; children Robert W. Cantin, Jr. and his wife Kay of Upper Marlboro, MD, David R. Cantin and his wife Lory of Fallston, MD and Cathy S. Mattura and her husband Tommy of Huntingtown, MD; grandchildren Becky Mattura of Huntingtown and Josée Cantin of Fallston, MD; brother Alfred Cantin, Jr. of Manchester, NH and sisters Helen Burpee of Manchester, NH and Ann Simpson of FL.