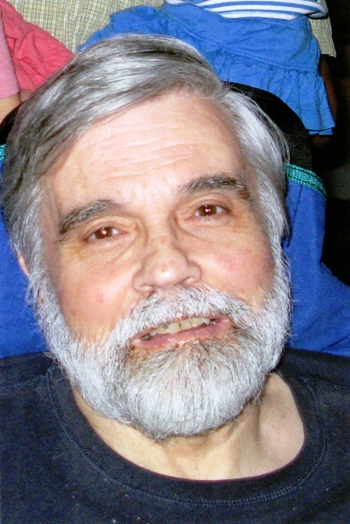 Robert Wesley “Bob” Hobbs, PhD, age 74, of North Beach, MD passed away peacefully January 11, 2013 at his residence. Bob was born January 28, 1938 in Chester, West Virginia to Sara (Caughey) and Harry Spivey Hobbs. He was raised in Chester and graduated from Chester High School. He received a bachelor’s in physics at Case Institute of Technology in Cleveland, Ohio, in 1960, and then received his PhD in Astronomy at the University of Michigan in Ann Arbor, Michigan. He and his first wife Mary Ann McLaughlin came to the Washington, DC area in 1964 in order to work at Naval Research Laboratory. He went on to work at NASA Goddard where he met Bee DeLung. Bob and Bee married at Friendship United Methodist Church on June 7, 1980. He then went on to the aerospace company CTA where he worked on many projects including the Hubble Space Telescope. He retired at age fifty-five in 1992.
Bob had a rich set of hobbies and interests. He was president of the Azalea Society of America from 1988 to 1990 and editor of The Azalean from 1988 to 1998. He loved keyboard instruments, including building a harpsichord in 1964 and reviving a wide range of other instruments from player pianos, a theater organ, several pianos, a clavichord, and a large church organ. He was a life member of the Organ Historical Society (since 1964) and member of the Theater Organ Society, Musical Box Society, and Carousel Society.
Bob was also deeply involved in his church and community. He was the organist at Friendship United Methodist Church from 1982 to 2009. He and his wife Bee also volunteered at SCAN food bank and continued to support local senior citizens after Interfaith Volunteer Caregivers dissolved.
Bob is survived by his devoted wife Belinda L. “Bee” Hobbs of North Beach; a son James David Hobbs and wife Lisa of Washington, D.C.; a daughter Anne Marie Stallings and husband Joshua of Cheverly, MD. He is also survived by grandchildren Chloe Magnolia Hobbs and Astrid Lilac Hobbs, and Violet Sophia Stallings and Evan B. Stallings; Brother John David Hobbs and his wife Rose Marie, niece Dr. Nedda Hobbs all of Belmont, MA, and his sisters-in-law Laura DeLung, Eva Kenner and Sandra Kiernan.