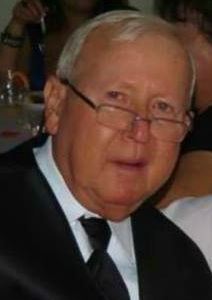 Robert Vernon Marcellas, 71, passed away on Friday, August 14, 2015 at Grand Strand Hospital in Myrtle Beach, South Carolina. Robert (known by many as Vernon) was born in Calvert County, Maryland on May 24, 1944 to Carroll Marcellas and Mabel (Hardesty) Marcellas. Vernon graduated from Calvert High School in 1961. He was an active member in the Calvert County area, working on the family farm in tobacco fields. He was a past member and treasurer of the North Beach Volunteer Fire Department. Vernon eventually pursued a career in banking where he became the Vice President of Maryland National Bank. After many years in the banking world Vernon retired from SunTrust Bank after 38 years of banking service. In 2004, after his retirement, he and his wife moved to Bluffton, South Carolina, and had just recently relocated to North Myrtle Beach in May 2015. Vernon loved spending time with his two wonderful grandsons. They were a very large part of his world. He also was so excited and loved being with his great grandchildren. Vernon was a hard worker, dedicated family man and would give you the shirt off his back.