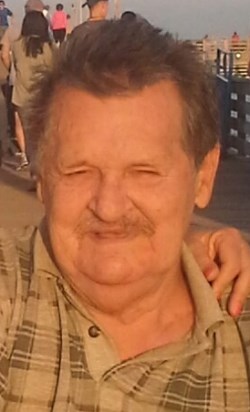 Robert Stanford Jenkins, Sr., 70, passed away December 6, 2015 at his residence. He was born October 15, 1945 in Washington D.C. to Vernon Stanford and Marguerite Adele (Harmon) Jenkins. Robert enlisted in the United States Army and was a highly decorated Vietnam Veteran receiving the Purple Heart and Bronze Star. Robert was also an accomplished Tractor Trailer driver and won several awards in Tractor Trailer rodeos. In his leisure time he enjoyed being outdoors on the water, fishing and boating. He also loved the “Beast” and was a proud member of Battle Buddies.

Robert is survived by his daughter Stacy A. Jenkins of North Beach and son Robert S. Jenkins, Jr. of Felton, PA as well as three grandchildren and two great grandchildren. He is also survived by sisters Kelly Armiger and Patricia Yurisa and brothers Louis, Billy, and Michael Jenkins and his loving dog Bubba. He was preceded in death by a sister Carol Lee Ridgley and a brother Johnny Jenkins.